Peters Investments bred a Group 2 winner in New Zealand on Saturday only to miss a golden opportunity to mount a dual attack on the Group 1 Railway Stakes a few hours later at Ascot.

Bob and Sandra Peters have bred any number of feature winners around Australia but few have made their way across the Tasman.  Demonetization is the exception adding a fourth black-type victory to his career-card in the G2 Tauranga Stakes (1600m) at weight-for-age on Saturday. 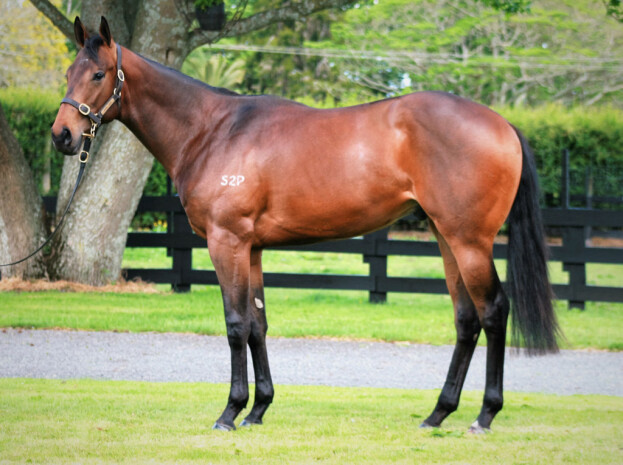 Demonetization, pictured prior to the 2016 NZB 2YO Sale) is a first-crop son of Vinery sire All Too Hard from Midnight Special (Zabeel) who had won a Northam maiden in a five-start career before the Peters’ retired her to Yalebra Stud in Keysbrook.

He doesn’t race in the cerise and white silks worn by his older half-sister Neverland (LR WA Carbine Club Stakes) and younger half-brother Midnight Blue (G2 Perth Cup) having been sold as a foal for $65,000 at the 2015 Inglis Easter Weanling Sale.

He headed pre-post markets for the 2018 Group 1 NZ Derby before a fetlock injury ruled him out of that year’s classic.

Nevertheless, trainer Nigel Tiley and owner Narendra Balia have never doubted his reliability and resilience.  “He gives his all every time and is just such an honest horse,” Tiley said on Saturday.

“He’s a little older and wiser these days and knows what the game is all about.

“He goes best on tracks with the sting out of the ground so he will go for a spell now.  He’s been up for a long time and he’s weighted out of the Group 1 mile handicaps around Christmas.  We will look at some weight-for-age options in the autumn.”

Closer to home, Peters Investments homebred Devoted missed the cut for the G1 Railway Stakes (1600m) this Saturday after a third-placed finish, ironically, in the G3 R J Peters Stakes (1500m) at Ascot.

Devoted (Xtravagant) was set for the Railway following a winter campaign comprising Listed wins in the Raconteur Stakes (1400m) and Belmont Guineas (1600m).  He was no closer than third emergency when the field was finalized on Monday afternoon and is now available at $13.

Last-start G3 Asian Beau Stakes (1200m) winner Treasured Star (Toronado) will go it alone in the cerise and white colours and is priced at $8 to make it five Railways in a row for Peters Investments following Galaxy Star, Regal Power, Inspirational Girl and Western Empire.

They had also claimed the Big Mile with Old Comrade (2001) and Elite Belle (2014).  “It took us a long time to win our first Railway and a long time to win a second,” Bob Peters declared twelve months ago.  “But we seem to have got the knack of it over the last few years.”