Fernie favourite under the radar for Fairetha

Trainer Luke Fernie can complete a black-type double for Geisel Park Stud when he sends out Man Crush for the LR Fairetha Stakes (1400m) at Ascot on Saturday.

Man Crush is a son of Geisel Park sire Manhattan Rain and he’s down on the fourth line of markets headed by unbeaten Playing God 3yo Bustler in a small but select seven-horse field. 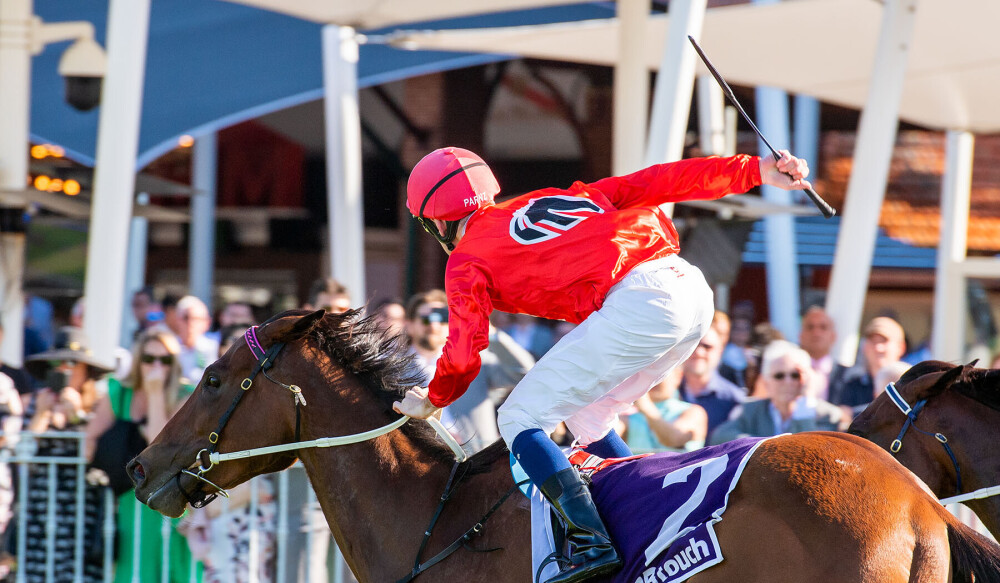 Fernie has already burst one bubble at Ascot this week with Geisel Park-owned filly Laced Up Heels ending the unbeaten run of Amelia’s Jewel (Siyouni) in the LR Burgess Queen Stakes (1400m) on Tuesday.

“Man Crush flies under the radar but puts his best foot forward every time,” Fernie said.  “The Fairetha Stakes has been his main aim and then hopefully it’s on to the WA Guineas.”

“He’s a ripper and is one of our favourites at home.  Everyone would be happy if you had a stable full of horses like him.

“I told the owners he was going places after he ran fourth from a wide barrier in the Magic Millions Classic.  I thought he could have just about beaten the winner (Sheeza Belter) from a better draw.”

Catalogued for the 2021 Perth Magic Millions, he made $45,000 to a syndicate managed by Luke’s father Peter Fernie.  “He was always lovely type as a younger horse,” stud manager Lachlan Donnelly recalled.  “He had a beautiful temperament and was tough, too.

They don’t come better-bred in WA than Manhattan Rain.  He’s a son of Champion sire Encosta de Lago and a half-brother to Champion sire Redoute’s Choice.  And he did them proud as a Group 1 winner at Randwick at two followed by a Group 1 Cox Plate placing behind So You Think at three.

Win lose or draw on Saturday, Geisel Park will still be riding high after the euphoric victory of Laced Up Heels on Melbourne Cup Day.  The Toronado (Ire) filly cost owner Eddie Rigg $100,000 as a yearling in Melbourne and her value will keep multiplying if she wins the G3 Champion Fillies (1600m) at Ascot on November 12.

“Amelia’s Jewel is a star but I didn’t think she could catch Laced Up Heels if our filly was in front coming around the corner,” Fernie said after the Burgess Queen.  “That’s the way it worked out and she let down perfectly.

“I look at her and know there’s a machine there.  She has great ability and shows us plenty at home.  We just needed a little bit of luck to go our way and she got that today.”