Happy Days thanks to War Chant

The only active son of Danzig in Australia, he converted a Group 1 Breeders’ Cup Mile triumph at Churchill Downs into a successful stud career in Kentucky and WA.  His mare numbers have been managed in recent years but he was back in his element firing a couple of shots from the locker last weekend.

The first on Friday night came during the RWWA Country Racing Awards at Ascot Racecourse when his mare Alcina was named WA Country Horse of the Year for 2021-22.

The second arrived on Sunday when Military Beat registered his 2,000th win as a stallion in the Hairitage Hair By Lisa Hcp (1300m) at York.  She is a homebred for Victorian-based Brian Durran who raced Regal Roller (Regal Classic) to three Group 1 victories at Caufield in 2004-05. 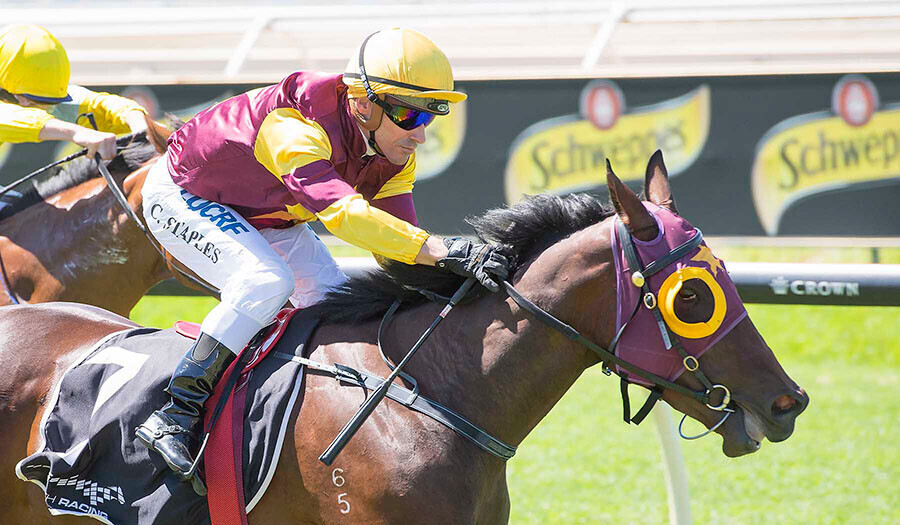 “I was a great evening and our table included as many as possible who have helped us along the way,” part-owner and trainer Josh Brown said.  “We kicked on the next day at the Ascot races before making our way back home to Esperance.”

Alcina (Photo / Western Racepix) is a 7yo mare by War Chant from Opera Seria (Oratorio) and she clinched the Country Horse of the Year Award for winning five races at Esperance, including a hat-trick, between November and February.

Bred by Yarradale, Alcina was originally trained by Paul Jordan after making $20,000 at the Gidgegannup Stud’s Yearling Sale in 2017.  She won an Ascot nursery on debut and returned from a spell to win again as a spring 3yo at Northam before her form gradually tapered off for Harvey Crossman’s Lima Syndicate.

“She was a 5yo and had not won for something like 30 starts when I saw she was for sale,” Brown recalled.  “I had my doubts but Craig Staples told me she was sound and was a bargain at $4,000.” 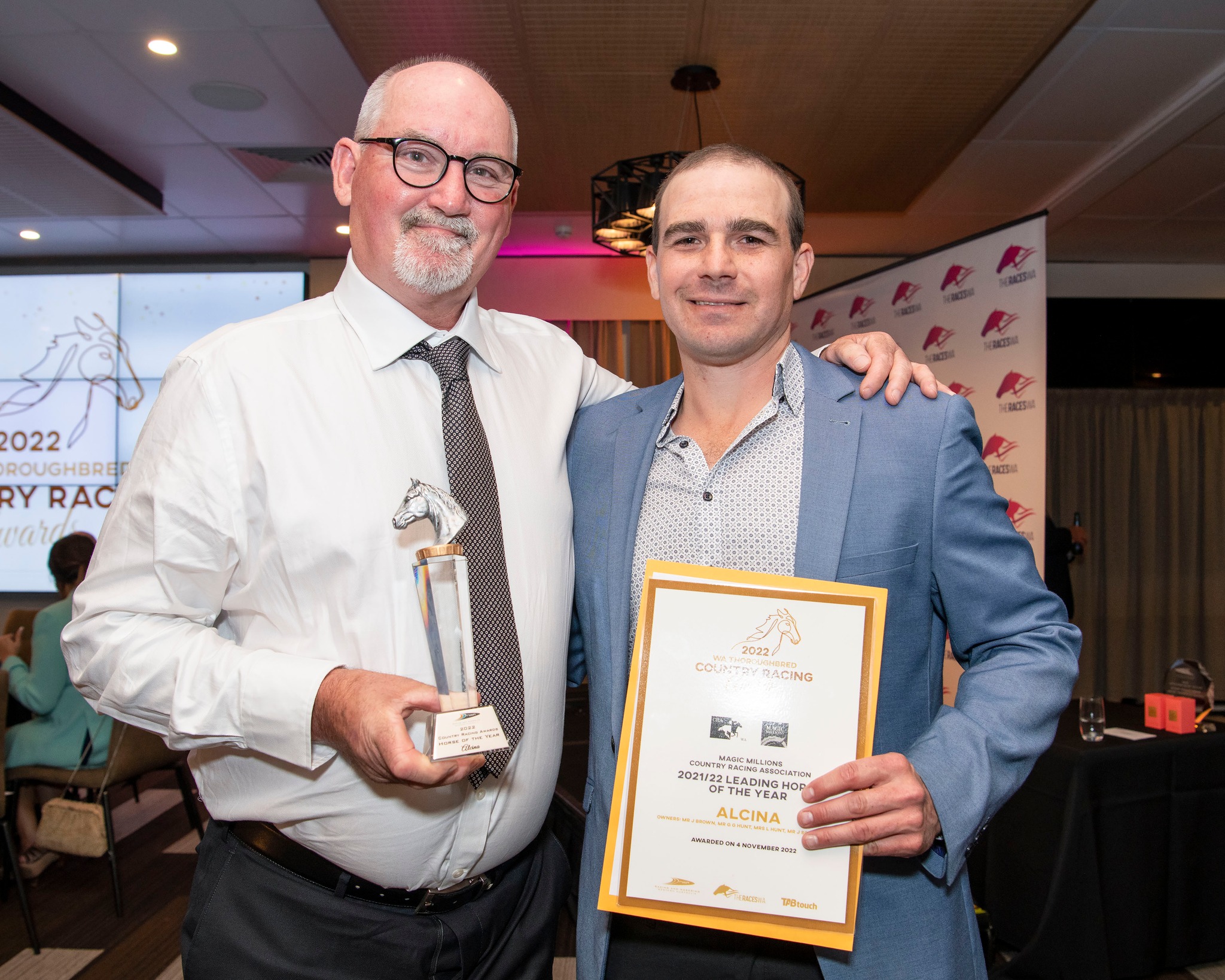 That was in February 2021 and Alcina immediately came good winning three from four in Kalgoorlie and running seconds in her only other starts at Esperance and Mt Barker.

Brown laughed while recalling the reaction from his old mates James Somerville and Greg Hunt.  “The boys wanted to know why they weren’t told.  So I sold them a share each and then she really took off last season.”

Racing runs deep in Josh’s family being a son of leading Goldfields trainer Rod Brown.  His day job was a refrigeration mechanic but he downed tools last year and is now employed as a Facilities Manager at Esperance TAFE.

“We brought Alcina back for the Ron Sayers Sprint on Kal Cup Day last month.  It would have been beautiful to win the race named after her breeder but it wasn’t to be.  She finished down the track and wasn’t getting any younger so we decided it was time she was retired.

“She had a few niggles and was getting up in weights so we didn’t want to take any chances.”

Alcina was sold to Chris Burgess who is a newcomer to the industry with horses at Ryan Hill’s stable in Serpentine.  “The mare had 9,000 EPONA credits and she’s been covered by Maschino at Alwyn Park,” Hill said this week.  “Alcina is on the small side and Maschino sires big foals.