Scenic Lodge stepping up with Sniparoochy

Jeremy Smith had more than one reason to celebrate during an afternoon to remember at the Asian Beau Stakes meeting on Saturday.

The Scenic Lodge General Manager had a spring in his step leading Sniparoochy back to scale following a brilliant return to racing in the Byron Bay Premium Lager Hcp (1000m) at Ascot.  It improved her winning strike-rate and her bank-balance to $549,700 including Westspeed Platinum Bonuses totalling $246,750.

There was another bonus an hour later when Treasured Star scored a determined victory in the G3 Asian Beau Stakes (1400m).  Smith has her close relation back home at Muchea – an orphaned filly by Snippetson – who is also showing the family’s enduring will to win. 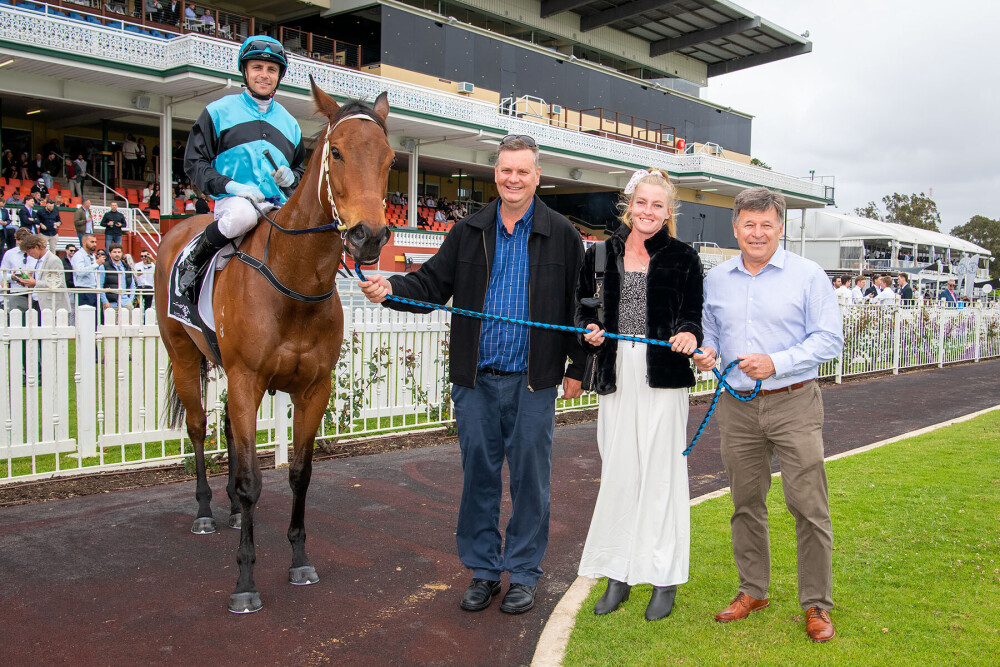 Scenic Lodge bred, sold and kept a share in Sniparoochy after she made $67,500 at the 2020 Perth Magic Millions.  The 4yo daughter of resident sire Snippetson owns an outstanding strike-rate of 7 wins in 16 starts and that’s earned a step-up to black-type company in the LR Jungle Mist Classic (1200m) on November 19.

“She’s matured and has come up good this time in,” trainer Stephen Miller said following an very impressive first-up performance  “She’s a natural high-cruiser and can kick off that speed.  She’s an exciting mare and the main thing is to keep her in a happy comfort zone.”

Miller recalled it hasn’t always been easy for Sniparoochy.  She’s the final foal of Ascot winner Mamaroochy (Duporth) and cracked a femur in the 2020 Magic Millions 2YO Classic at Pinjarra.  “We had to be patient but she’s tough and the extra time out helped in the long run.”

Smith is hoping his Snippetson – Fromm (NZ) filly can overcome her own setbacks at Scenic Lodge.  “Her dam died a week after she was foaled,” he said.  “She’s going extra well on her foster Mum who is a Clydesdale.”

Scenic Lodge had purchased Fromm (O’Reilly) as a 12yo mare from Peters Investments for $10,000 at the 2019 Magic Millions Gold Coast National Sale.  She had missed the previous year and Smith sent her to Magnus who was standing for $16,500 at Sun Stud in Victoria.

That mating produced a filly who repaid that investment with interest when she topped the Scenic Lodge draft at $230,000 during this year’s Perth Magic Millions Yearling Sale.  She is with Grant and Alana Williams and has been named Majestic Princess.

Fromm is the second-dam of Treasured Star and her other foals included Battle Hero (Stratum) who won seven black-type races for Bob and Sandra Peters to Group 3 level in the 2016 Roma Cup (1200m) and 2018 Northam Sprint (1100m).