Classy Safeguard mare Buzzoom is back in bloom following a busy 13-start season in 2021-22.

Dan Morton had her cherry-ripe for the Group 1 Northerly Stakes meeting at Ascot on Saturday and that spelled trouble for rivals trainers in the LR Jungle Dawn Classic (1400m).  Confidently supported from $5.50 into $4, she powered home for visiting jockey Johnny Allen to score by a length from Gunmetal Grey (Bradbury’s Luck) and Vane Tempest (Snippetson). 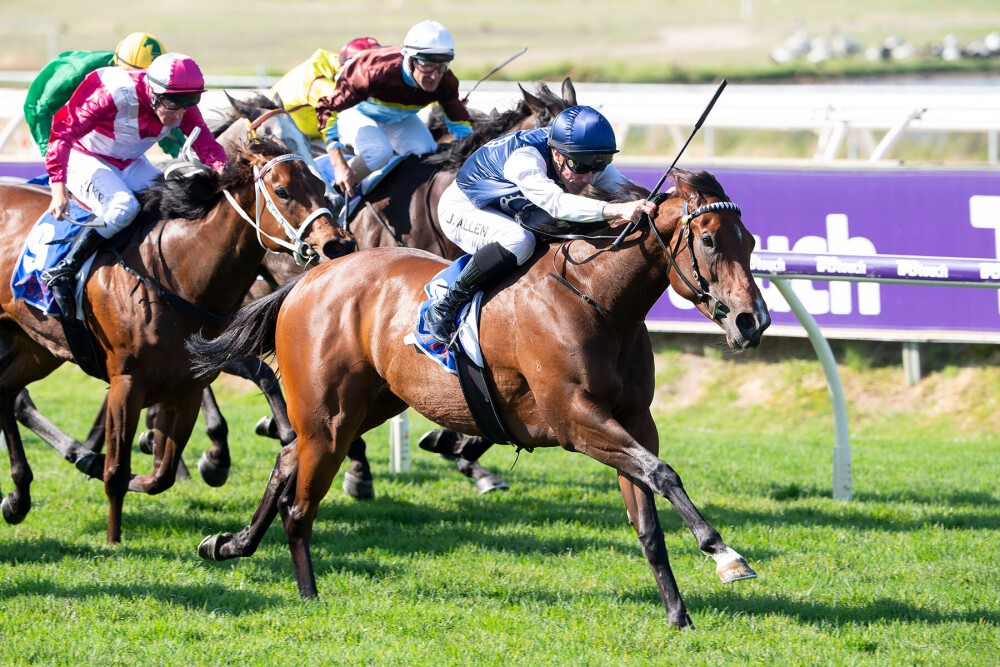 “I followed Willie (Pike) and it worked out perfectly.  Once I got her out and balanced up, she picked them up quickly.”

Forest View Farm’s Ben and Jo Duncan bred and sold her for $80,000 at the 2020 Perth Magic Millions and the latest win sent her bank past $540,000 for a syndicate managed by Dan’s father Len Morton.

Westspeed Platinum has tipped in bonuses of $175,800 and, with that sort of record, it goes without saying she has a maximum $10,000 worth of credits with EPONA.

Mogumber Park champion Safeguard sired her from Xaar Boom (Xaar) who is also the dam of $300,000 earner Boomtastic (Sessions).  The mare has an unraced 3yo filly named Boosted (Safeguard) and her latest foal is a yearling colt by Sessions.

“It was a heady ride by Brad (Rawiller),” Morton said.  “He summed up the race and executed it perfectly.  Neville and Sue have been great supporters of our stable and it’s fantastic to chalk one up on their big day.”

Via Monte’s dam Busimiss (Key Business) is from a half-sister to LR Northam Cup winner Pushin’ Shapes (Viscount) and she foaled a colt by Sessions in October.