Enchanting Sound had trialled nicely behind subsequent Ascot winner Costazita (A Lot) earlier this month and that form-line stood up in the TABtouch Maiden (1300m).  When a run presented in the straight, she sprinted to a narrow victory over Zaza Rock (Awesome Rock) and the long odds-on favourite Cavallo Red (So You Think). 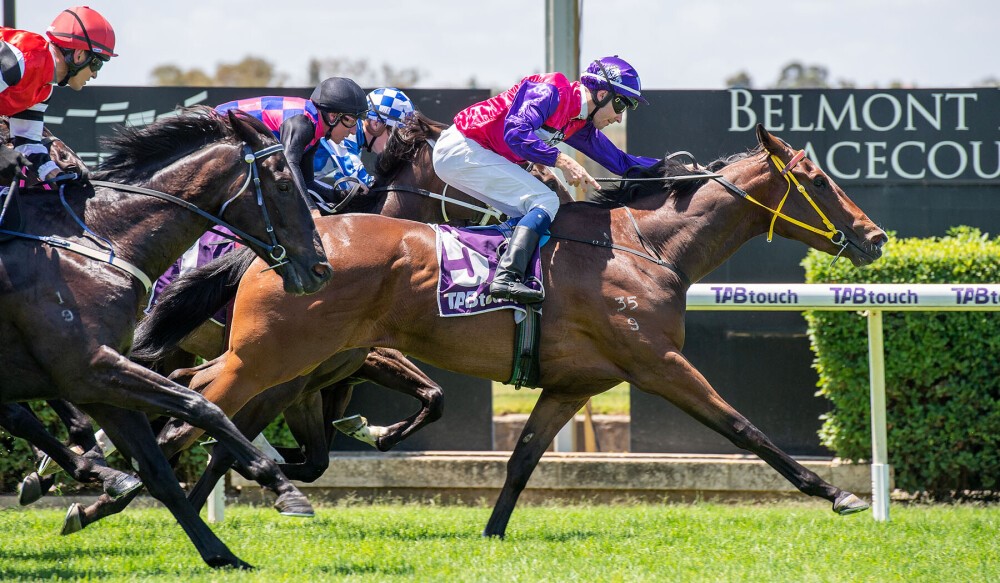 “That trial was a good reference and she will keep improving over more ground.”

Borg bought the 3yo filly for $18,000 at the 2021 Perth Magic Millions from Gold Front Thoroughbreds.

On Christmas Eve, Yarradale sires War Chant (USA) and Bradbury’s Luck doubled up at Ascot with Seeable and Burnya To Survive.

Seeable gave William Lewthwaite his first success as a trainer in the Westspeed Platinum Hcp (1400m).  Racing first-up since a successful Goldfields campaign, he was sent to the front by Brad Parnham and was too strong for Stella Fair (Trade Fair) and Currimundi (Playing God).

Lewthwaite’s son Brock is taking an overdue holiday in the Great Southern leaving the stable in good hands.  “It was a very good ride by Brad,” Lewthwaite snr said.  “This horse carried big weights to win in Kalgoorlie and he had been working well.  He’s a big, strong, free-roller and I was confident he would go alright.”

Seeable is raced by Constence Cheng and Yarradale Stud after being knocked down for $120,000 at the 2020 Perth Magic Millions.  He’s the final foal of USA-bred mare La Rochelle (Honour And Glory) and is a half-brother to the dam of Dalasan (G2 VRC Danehill Stakes).

Bradbury’s Luck gelding Burnya To Survive continued his rise up the ranks with another brilliant finishing burst to win the Crown Perth Hcp (1200m).  Set alight by Willie Pike, he won against the bias to come from at least six lengths off the speed at the furlong to score running away.

Burnya To Survive has now won 6 times in 9 starts for prizemoney over $187,000.  “He’s a Stakes horse of the future for sure,” trainer Jason Miller predicted.  “I spoke to Willie about the pattern and we decided sitting midfield, three-wide with cover wouldn’t be such a bad spot.

“He’s only lightly-raced and there’s no reason why he can’t keep progressing.”

Burnya To Survive is another Yarradale-sired winner bred by Gold Front Thoroughbreds.  His Ascot-winning dam Baleen In Me (Flying Pegasus) is related to Group 1-winning fillies Goleen (VATC One Thousand Guineas) and Judyann (WATC Oaks).