Fresh from a five-month spell, the Gingerbread Man gelding powered home from the back of the field to score by over a length for the Hall Of Famer and Pacific Bloodstock’s Rick Shenton. 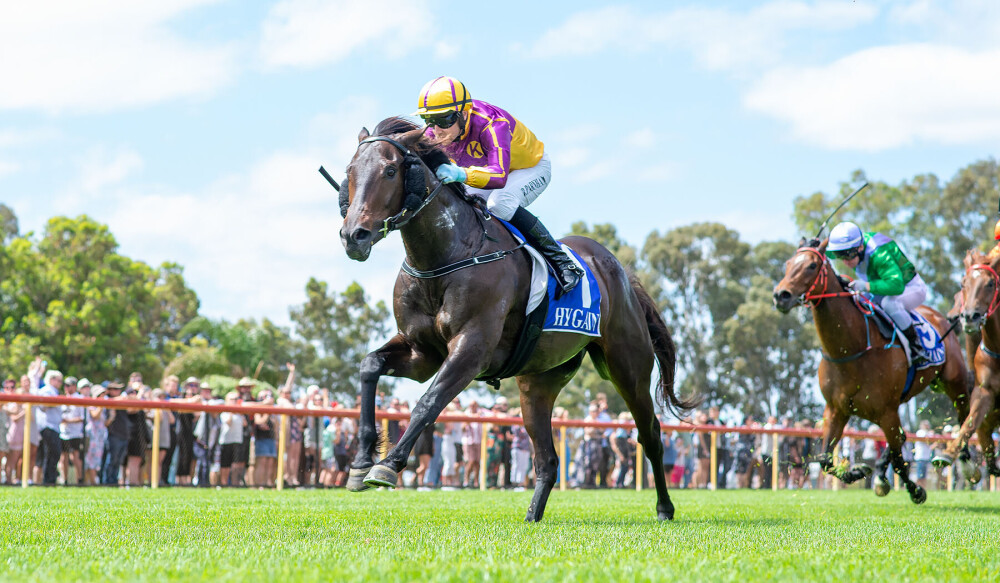 Fruit Loops (Photo / Western Racepix) was bred at Yarradale Stud as was his 3yo full-sister Loopy’s Baby.  She’s another Gingerbread Man prepared by Kersley and was runner-up to Penny On The Queen on debut at Ascot earlier this year

They’re from Loopy’s Ladies who was among the initial crop sired by War Chant (USA) in Western Australia.  A juvenile winner at Belmont, she’s a half-sister to G3 Bletchingly Stakes winner Ready To Rip (More Than Ready).

Kersley and his wife Judith also raced Mizlecki on lease from Yarradale to Listed wins in the Raconteur Stakes, Sheila Gwynne Quality and Belmont Oaks.

Mizlecki’s sire Lope De Vega (Ire) and Gingerbread Man are both sons of Sheikh Mohammed’s Group 1 champion Shamardal (USA).  She has a yearling colt by War Chant (USA) and her latest is a colt by So You Think (NZ) foaled in September.

Gingerbread Man has sired 8 individual winners in the last month since the Vern Brockman-trained Ginger Baker scored on the G2 Lee-Steere Stakes undercard at Ascot on November 5.

The next to salute in town could come as early as Wednesday when War Hymn goes out as one of the favourites for the Byron Bay Lager Hcp (1200m) at Ascot.  War Hymn will carry Yarradale’s colours for the Group 1 winning combination of Simon Miller and Patrick Carbery

Gingerbread Man’s star sprinter Red Can Man can’t be underestimated in the G3 The Gold Rush (1400m) this Saturday despite a last-start failure the G1 Winterbottom Stakes.  A Swan River draw saw him race three-wide without cover that day but he’s drawn perfectly for a rich pay-day on Day 5 of The Pinnacles.