J-Mac in command on Street Parade

Street Parade and James McDonald took command of the Furphy Plate (1000m) at Ascot on Saturday before skipping away in the straight to score by two lengths with a couple more in reserve.

The winner is a 3yo son of Darling View Thoroughbreds sire Lucky Street and he led home a quinella for the Mundijong stud’s roster from Goddess Of Giving (Playing God).  The winning rider showed why he has just been named ‘World’s Best Jockey’ by the International Federation of Horseracing Authorities (IFHA). 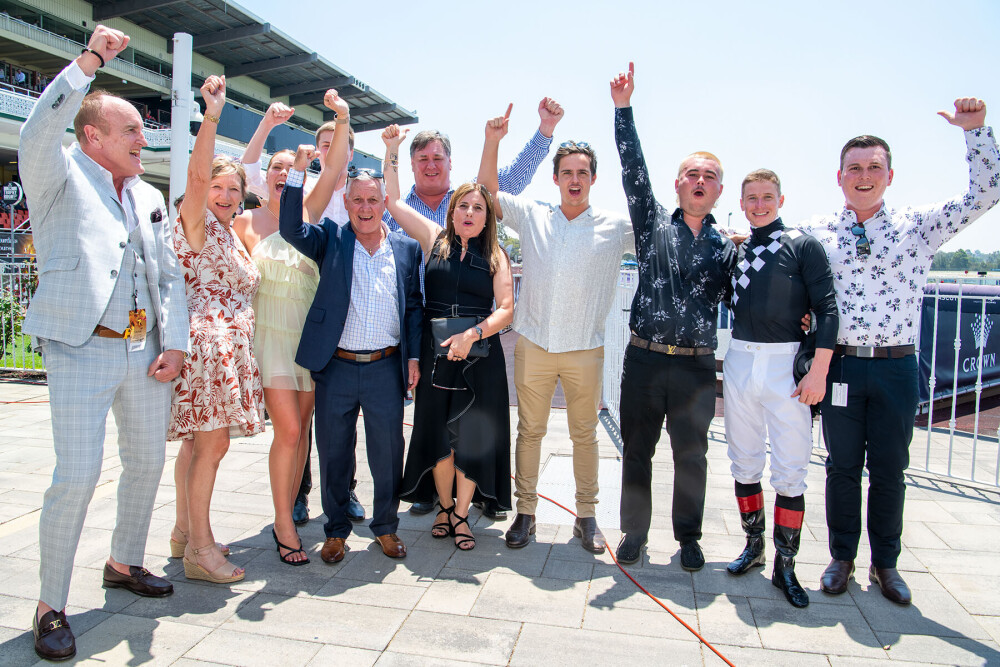 Trainer Russell Stewart, a journeyman jockey in his younger days, punched the winner home harder than McDonald.  “Having J-Mac ride for me is so humbling.  I will take it with me forever.  And the photo will take pride of place at home.”

Street Parade had beaten Snowdome on debut last season and was also placed in the RL Magic Millions 2YO Classic at Pinjarra and LR Perth Stakes at Ascot.

“He’s a nice horse to start off my first day riding here,” McDonald said.  “He tried his heart out for me.  He’s not very big but thinks he’s bulletproof and got the job done terrifically well.”

Bred by Darling View’s Clive Atwell, Street Parade cost $40,000 from Western Breeders Alliance at the 2021 Perth Magic Millions and has so far earned $325,555.  Westspeed Platinum has kicked in $132,000 of that in bonuses for a syndicate managed by Stewart’s wife Antonella.

His dam Foo Foo The Snoo (Starcraft) was an Ascot and Belmont winner bred by Geisel Park Stud and she has a yearling filly by Playing God.

Sunday’s Pinjarra winner Thorogood also has links with Western Breeders Alliance.  He was catalogued as part of its draft to the 2019 Perth Magic Millions but was withdrawn prior to the Sale.

The Alcoa Hcp (1200m) was Thorogood’s fourth win in 14 starts for trainer David Harrison and a syndicate managed by his breeder Ian Riley of Woodbridge Thoroughbreds.  He’s by Lucky Street’s sire Oratorio from Haste (Right Wing) who is a half-sister to the dam of last week’s eye-catching Northam maiden winner Fearless Talk (I’m All The Talk).