The Group 2 Ted van Heemst Stakes (2100m) honours a WATC Chairman who played a pivotal role in the growth of our racing and breeding industries for over twenty years.

He was on the receiving end of the Westspeed Platinum Cup silverware with his wife Marilyn as owner-breeders of Lynward Park mare Queen Alina and no more than 40 minutes later he presented the Ted van Heemst Stakes trophy to trainer Lou Luciani and the connections of Marocchino. 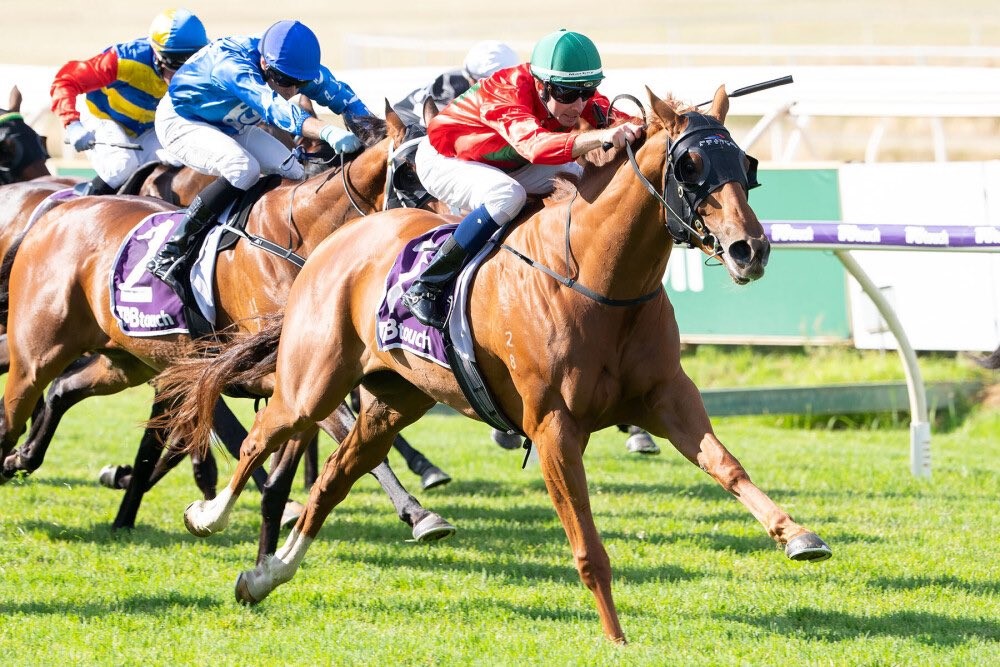 Queen Alina took time to switch on before balancing up and reeling in the leaders.  “She dropped the bit but really hit the line once she got it all together,” co-trainer Ben Pearce explained.

“That makes it four wins in eight starts and hopefully she will qualify for the (G2) Perth Cup on New Year’s Day.

“She will run the 2400m right out and will be competitive on the minimum but it’s unlikely she will make the cut.”

There’s a Plan B for Queen Alina with the G3 La Trice Classic (1800m) a perfect back-stop on January 1.  Her sire Mahuta (Flying Spur) stands at the van Heemst family’s Lynward Park in Bullsbrook and her dam High Aims (Southern Image) won four races from 1200m to 2400m in Melbourne. 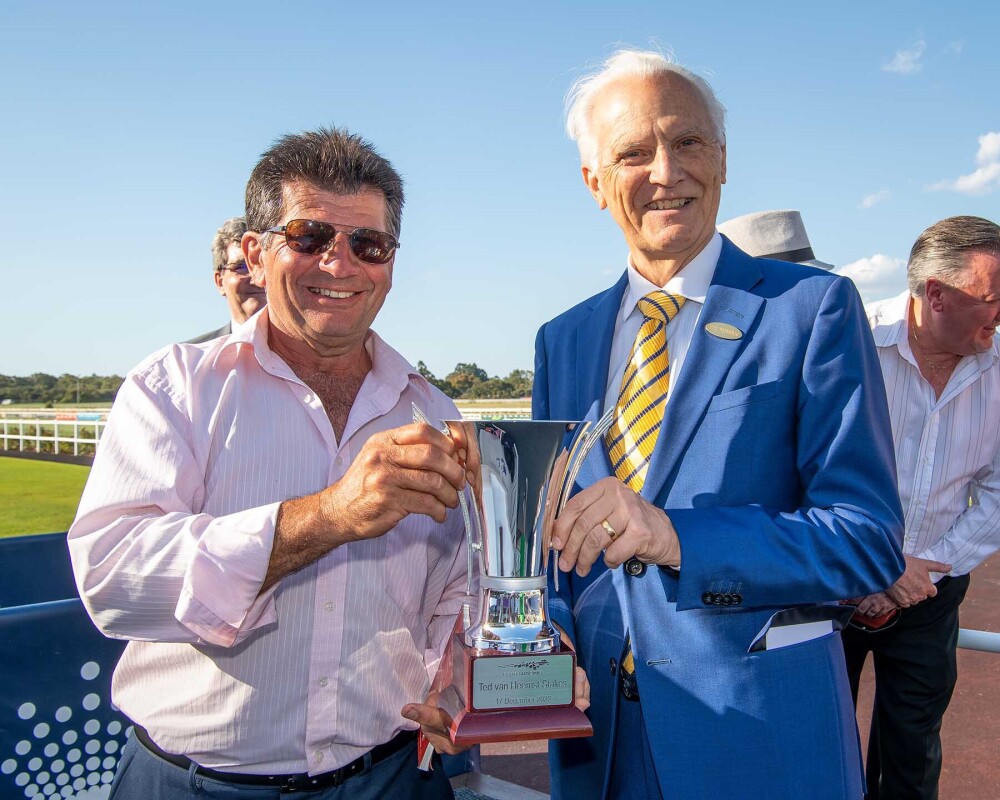 High Aims cost $85,000 as a broodmare prospect from Turangga Farm at the 2015 Inglis Australian Sale.  “She has a cracking Bondi colt at foot and visited Mahuta again this season,” Lynward Park manager Troy van Heemst said.  “We sold her 3yo filly Highway Award to Paula Wagg and she finished fourth at her first start at Belmont last month.”

Marocchino broke through the million-dollar mark on Saturday and his trophy cabinet was already fit to burst before the G2 Ted van Heemst.  Adopting a customary role in front, he fended of the challenge of Frankel mare Steinem (GB) to score by a long neck.

“He’s a pain in the butt at times, but we love him dearly, and he is one tough animal,” trainer Lou Luciani said.  “He has kept on improving with age and we don’t mind taking on the eastern states horses.”

Marocchino was bred by Luciani and his partner Trish Roberts and they race him with brothers Mark & Paul Luzi.  His dam Comesitbesideme (McFirt) won at Ascot and she foaled a Maschino filly in October.

TABtouch has Marocchino on the second-line of its Perth Cup markets at $5.  Queen Alina isn’t assured of a start, neverthess, she’s on the fourth-line at $7.