Sockoff filled out a feature double for Loloma Farms and trainer Dion Luciani in the Epona Classic (1200m) on TBWA Platinum Stakes Day at Ascot.

“Leading was the place to be today,” stable spokesman Ian Glading reported.  “She had to do bit of work early but gets on so well with Holly (Watson).  She was travelling on the turn and never really looked in danger.” 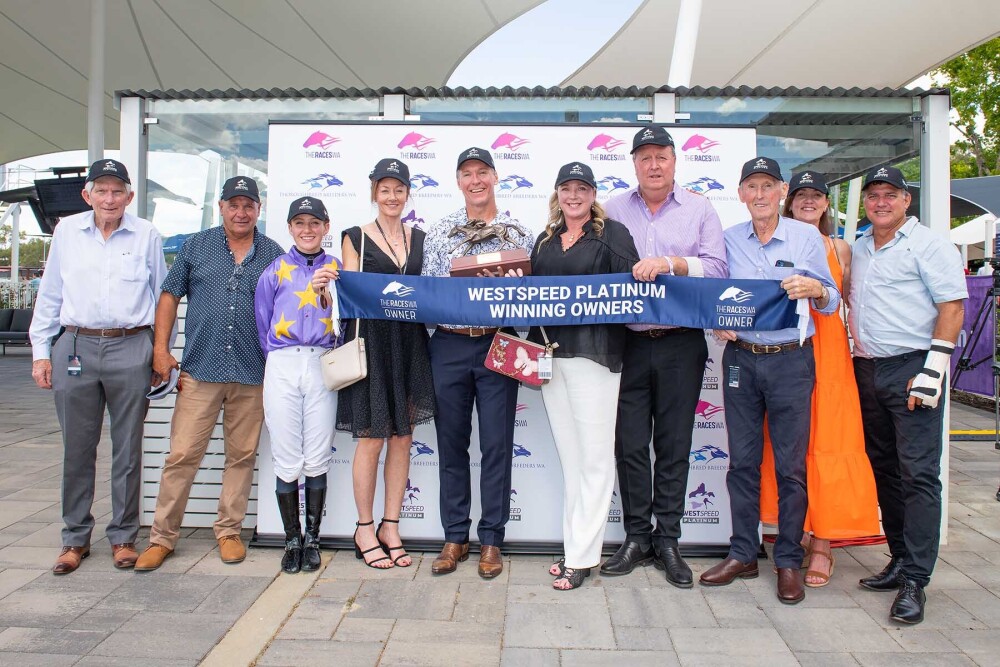 Loloma Farms owner Kevin Fowler (fourth from RH) and his partners in Sockoff at the Epona Classic presentation at Ascot on Saturday Photo: Western Racepix

“I love a leader and she went so well with the blinkers off,” Watson said.  “She found a happy spot on the fence and kicked away in the straight.  I thought the last 200m could be a problem but she cruised home.”

Sockoff is the first and only foal to date from Bergantina (Passenger) who was a dual Ascot winner for Blackwatch owner Steve Wallace. He bought into the family in 2009 when purchasing second-dam Empress De Lago (Encosta de Lago) from Edinglassie Stud in the Hunter Valley.

There are 13 yearlings by Sessions entered for the 2023 Perth Magic Millions starting with an early highlight from Forest View Farm.  Lot 39 is a half-brother to Buzzoom (Safeguard) who won the LR Jungle Dawn Classic (1400m) at Ascot on December 3.