So Secret winner sizzles for Shooter

Knot Secret simmered off some sizzling sectionals before hoisting a wet sail to land the Westspeed Platinum Mile (1600m) at Ascot on Saturday.

Rounding off a competitive afternoon of racing, he came from last at the furlong to win running away for ‘Shooter’ McGruddy.  The writing had been on the wall after two unlucky runs behind Alsephena and Trade War since resuming from a spell and he was too strong for the favourite Trade War (Trade Fair). 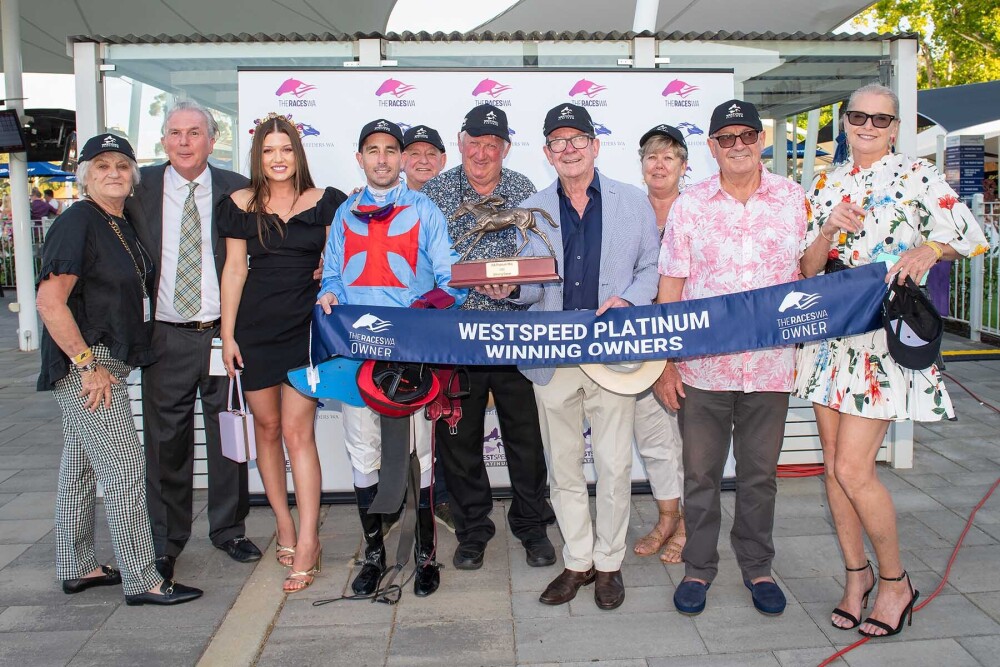 Knot Secret is a son of Rangeview Stud sire So Secret and is a full-brother five winners topped by Hobart Jones (G2 Karrakatta Plate).  Their dam Tribulot (Tribu) won five races in Perth for Gino Poletti including two Heats of the Belmont Winter Championships.

Commercial Bloodstock’s Noel Carter bought him for $60,000 at the 2020 Perth Magic Millions from the Rangeview consignment on behalf of a Steve Wolfe syndicate (Photo / Western Racepix).  He’s already repaid that price-tag three times over and is still only in the early stages of his third campaign.

“I told the owners he was home at the furlong and we’re very happy with that win,” Wolfe said.  “This time next year he will be a serious horse.”

So Secret (Danetime) has been a consistent sire of winners since joining the Rangeview roster in 2009.  Now getting on, his only foal so far this season, as per the ASB, has been a colt from Havanize (Patronize).