Promising Manhattan Rain 4yo Packing Treadmill will be set for a multi-million dollar assignment in Hong Kong after completing a hat-trick in the Poinsettia Hcp (1600m) on Saturday. 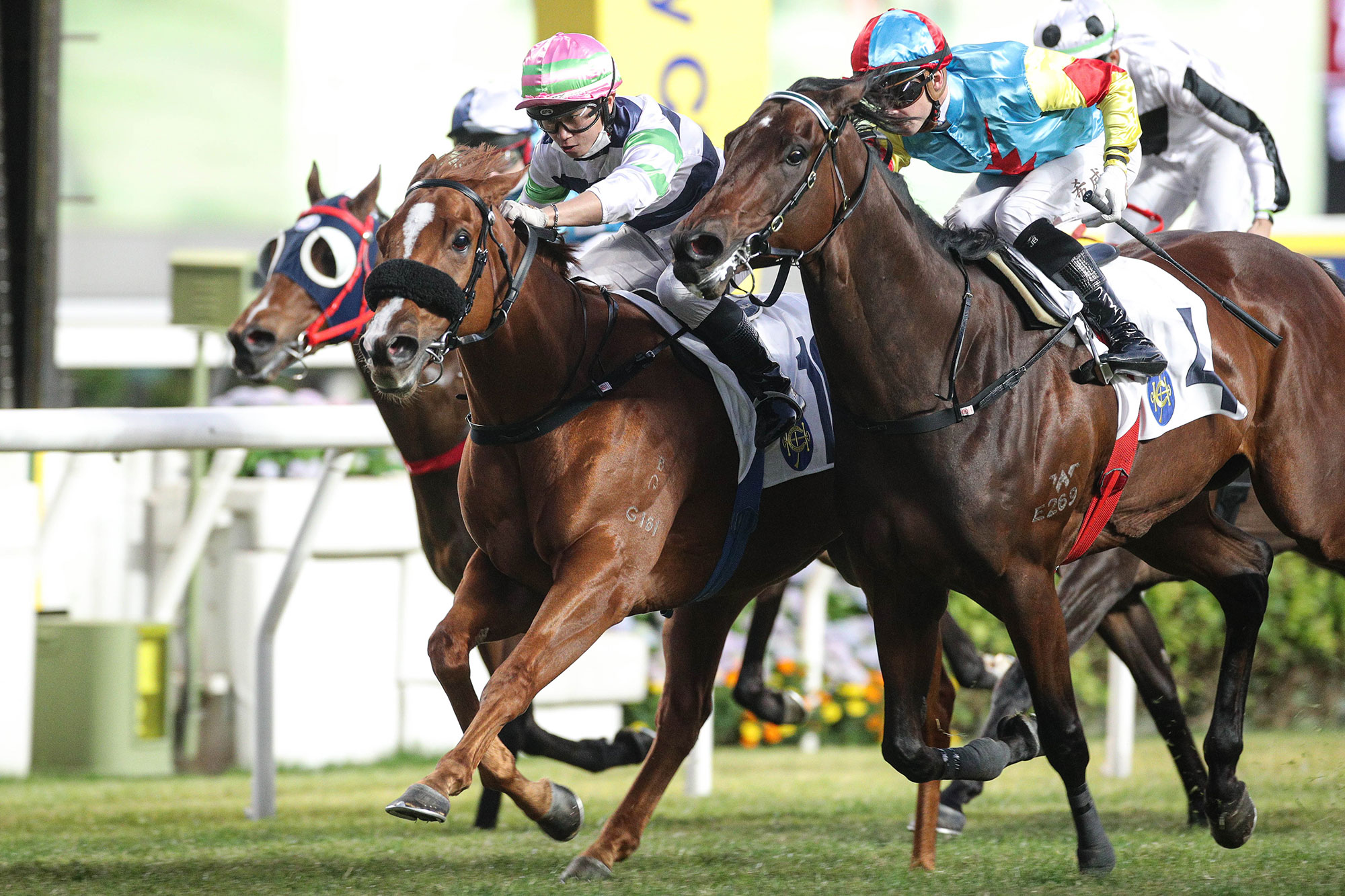 Substitute jockey Dylan Mo registered his first victory of the season when he replaced injured jockey Hugh Bowman aboard the gelding (pictured with black nose-roll) who has now won 6 times in 8 starts for the Exciting Racing Syndicate.  He had won a Benalla trial before being exported last year.

Now based at Geisel Park, Manhattan Rain sired Packing Treadmill from I’m An Outoftowner (Dane Shadow) who was a Bendigo winner for Lindsay Park.  His second-dam Chelsea Rose (Hennessy) is a half-sister to G1 Randwick Guineas winner Ilovethiscity (Magic Albert).

A full-sister to Packing Treadmill has been catalogued as Lot 765 for the Inglis Melbourne Premier Yearling Sale on March 7.  I’m An Outoftowner foaled another Manhattan Rain filly in October.

Manhattan Rain (Encosta de Lago) is just finishing his first book at Geisel Park and his Melbourne sprinter Jigsaw will also be aiming to bring up a hat-trick in the LR Christmas Stakes (1100m) at Sandown on Boxing Day.

Jigsaw beat Artorius on debut and wasn’t far off Anamoe in his two-year-old days.  After a quiet 3yo spring last year, he has returned to that level this campaign with victories at Cranbourne and Caulfield in the LR Doveton Stakes (1000m).

Trainer Cindy Alderson noted there were some positive signs in the build-up to his return to the races this preparation.   “He was trialling up pretty impressively and seemed to be in a happy place.  He’s maturing, prefers dry ground and we’re just allowing him to be a horse.

“I guess what has surprised me is the ease with which he’s getting a good spot in his races and then maintaining a good gallop.  He pulled up fine after that last win and has freshened up down at the beach.

“He looked good working on Monday and is nice and bright for Boxing Day.  I’m pretty confident without being over the top and we will continue racing him through the summer.  When you’ve got a horse in a winning vein, you might as well keep going.”