Demerit filly Pot Shot was a fitting winner of the opening race at Ascot on a day devoted to the Thoroughbred Breeders’ WA Awards.

Pot Shot (Photo / Western Racepix) had won the 2021 Initial Plate (1000m) on debut but didn’t strike again until her 10th start in the TABtouch Plate (1000m) on Saturday.  Coming off quick sectionals set by Universal Playboy (Universal Ruler), she rallied along the rails to claim the leader under a perfect ride by Willie Pike. 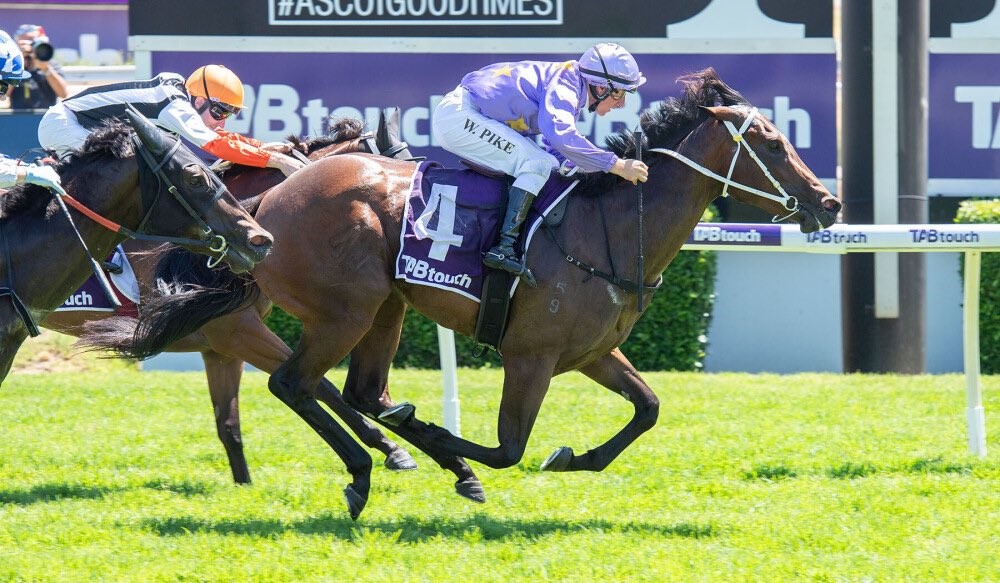 The Loloma Farms homebred is trained by Dion Luciani and that combination also doubled up at Ascot last Saturday with Sockoff (Epona Classic) and Shell Bell (TBWA Westspeed Platinum Plate).

Assistant-trainer Ian Glading said Pike made all the difference on Pot Shot.  “We decided to ride her a bit quieter today.  She’s probably been a bit disappointing but we took the blinkers off and Willie took the all the short-cuts.”

Pot Shot and her Loloma Farms stablemate Revitup are by Taunton Vale stallion Demerit who died just prior to the 2019 stud season.  Revitup won five of her eight starts last season for earnings of $476,000 boosted by Westspeed Platinum.