Having won over the west, Playing God is looking further afield for black-type and he may have found a spearhead with Melbourne filly Nunthorpe.

Touted on debut from the trials, Nunthorpe appreciated a Peter Moody prep and a Jamie Kah steer in the Hertz Maiden Plate (1200m) at Cranbourne on Friday night.  After firming into an odds-on favourite, the 3yo filly emerged from traffic in the straight to win running away from Shaime (Turffontein).

Playing God and Darling View Thoroughbreds topped the WA premiership table into the Christmas break banking over $2.46 million in prizemoney with Nunthorpe’s winning cheque the first processed from interstate this season.

“We’ve had a good opinion of her from the start,” Moody’s assistant trainer Katherine Coleman said.  “She’s a lovely, big, scopey filly and has just taken a little bit of time.  She wobbled around the turn and didn’t know how to quicken until Jamie pulled her to the outside.

“She’s going to improve and appreciate a trip as she progresses.” 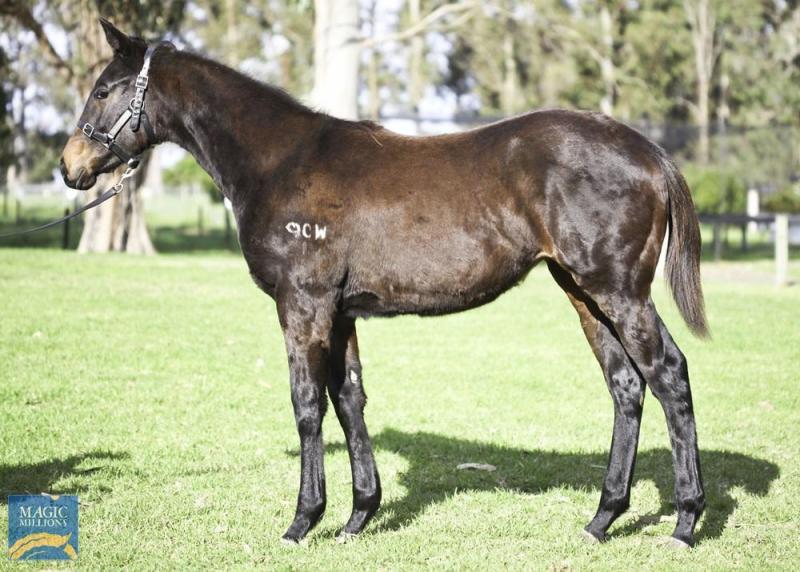 Presented as a new-season yearling, she made $110,000 at a Mungrup Dispersal that has generated numerous city winners this year like Saintorio (Oratorio) in the LR Sir Ernest Lee-Steere Classic.  Of the Playing Gods to graduate, Bustler (LR Fairetha Stakes) leads All Show, Paddy Me Lad, Vampi At Play and now Nunthorpe.

Kah is keen to stay with Nunthorpe.  “She’s a beautiful filly with a big action but is still raw.  We were always going to get there even though she had a good look at the crowd going past the second horse.  She has a good turn of foot and is going places.”

Nunthorpe is out of LR Summer Scorcher winner Latoria (Oratorio) who is, in turn, a half sister to Dorrington Farm’s Group 1 Oakleigh Plate winner Sheidel (Latoria).  She’s an exciting filly according to Crabtree and will one day join the broodmare band at his nursery in Nagambie.

The Playing God – Oratorio cross has 77% winning strike-rate and the next yearling with that nick for sale is Lot 73 at the Perth Magic Millions in February.  Alwyn Park (as agent) consigns the filly who is a half-sister to Perth winner Cornflower (Trade Fair) and Geraldton specialist Corn Cob (Awesome Rock).

The Western Breeders Alliance draft to the Perth Magic Millions has eight Playing God yearlings starting with the colt from Sense Of Power (Lot 7).  Bred by Darling View, he’s the first foal from a Discorsi mare who won three times in four starts during the 2018 winter season at Belmont.