Trade Fair clean-sweep in The Pinnacles

Former Alwyn Park stallion Trade Fair (GB) completed a clean-sweep of The Pinnacles on Saturday when Buster Bash put his rivals to the sword in the LR Towton Cup (2200m) at Ascot.

Trade Fair, whose youngest progeny are four year-olds, was the only stallion to sire a winner on every day of the new-look carnival. 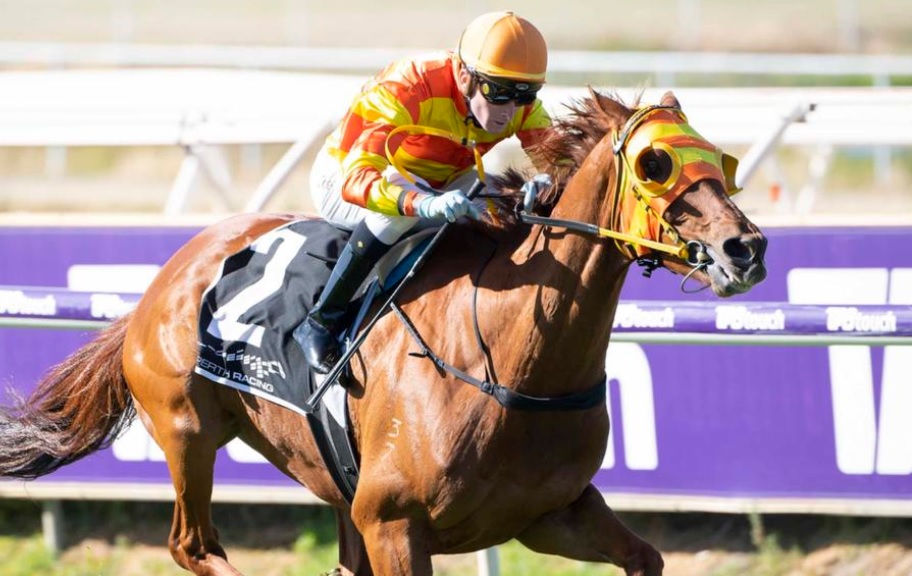 Buster Bash (Photo / Western Racepix) became his 18th black-type winner in the LR Luckygray Stakes (1800m) on Day 1 of The Pinnacles.  He was bred and sold by Alwyn Park for just $10,000 as a yearling at 2019 Perth Magic Millions Winter Yearling Sale.

“He’s a good horse and you can never underestimate him if he gets his own way in front,” trainer David Harrison said.

Trix Of The Trade and his trainer Colin Webster starred on Day 2 with a memorable Group 1 triumph in the Railway Stakes (1600m).

“He’s a magnificent horse and we aimed at this race a long time ago,” Webster explained.  “We knew if we had him fresh enough he could win it.”

Alwyn Park clients Bill and Patricia Robinson bred Trix Of The Trade by using Trade Fair over My Name’s Trixie (Passenger).  He is the mare’s final foal and the Robinsons have a kept a family link breeding from his older half-sister Tricky Trix (Universal Ruler).

On Day 3, Keytrade led home a Trade Fair quinella from Reign Of Fire in the $100,000 Westspeed Platinum Series Final (1400m) for owner-trainers Anne and Nathan King and jockey Alan Kennedy who wasted to ride at 59kg.

“I’ve had a lot of luck with this horse and Nathan convinced me to make that weight,” Kennedy said.  “That’s three rides for three wins now.  We were wide but he was always travelling well within himself and I was confident he could truck into the race at the right time.”

Trade War broke a long runs of outs to win the Amelia Park Hcp (1400m) on Day 4 of The Pinnacles.  The Michael Lane-trained gelding had only finished further back than fourth once in his previous 12 starts.

“He’s been unlucky but can do things wrong like changing stride all the time,” Lane revealed.  “He’s a big, strong boy and will get better with age like all the Trade Fairs we’ve trained.”

Buster Bash claimed this year’s edition of the Towton Cup on Day 5 of The Pinnacles and is now priced at $8 for the $500,000 G2 Perth Cup (2400m) on New Year’s Day.  He bounced back to winning form to score by three lengths after a last-start fail in the Railway Stakes.

The last galloper to complete the Towton Cup – Perth Cup double was Real Love in 2014-15.  “He’s been up for a long time and I thought he may have trained off in the Railway,” Harrison said.  “I decided to keep the work up to him and maybe I will keep doing that because it was a great effort today.

“He’s all heart and will leave everything on the track in the Perth Cup.”