Offered through Segenhoe Stud (as agent), he’s a half-brother to show-stopping 3yo filly Amelia’s Jewel (Siyouni) and received a glowing introduction from auctioneer Clint Donovan when entering the sale-ring.  “We’re very happy with $900,000,” Amelia Park owner Peter Walsh said while answering congratulatory calls from WA.  “The price was well above our reserve.”

Walsh was quick to thank Peter O’Brien and the team at Segenhoe Stud as well as everyone back home at Vasse.  “It was a great team effort from Louis (Le Metayer) who sourced Bumbasina to our manager Sharon King who arranged the mating with Blue Point at Godolphin.”

Blue Point (Shamardal) has been a revelation with his first-crop yearlings on the Gold Coast.  He topped the freshman averages after Thursday’s trade with 11 sold for $332,727 and that will rise again when the Bumbasina colt’s price is factored in Friday night. 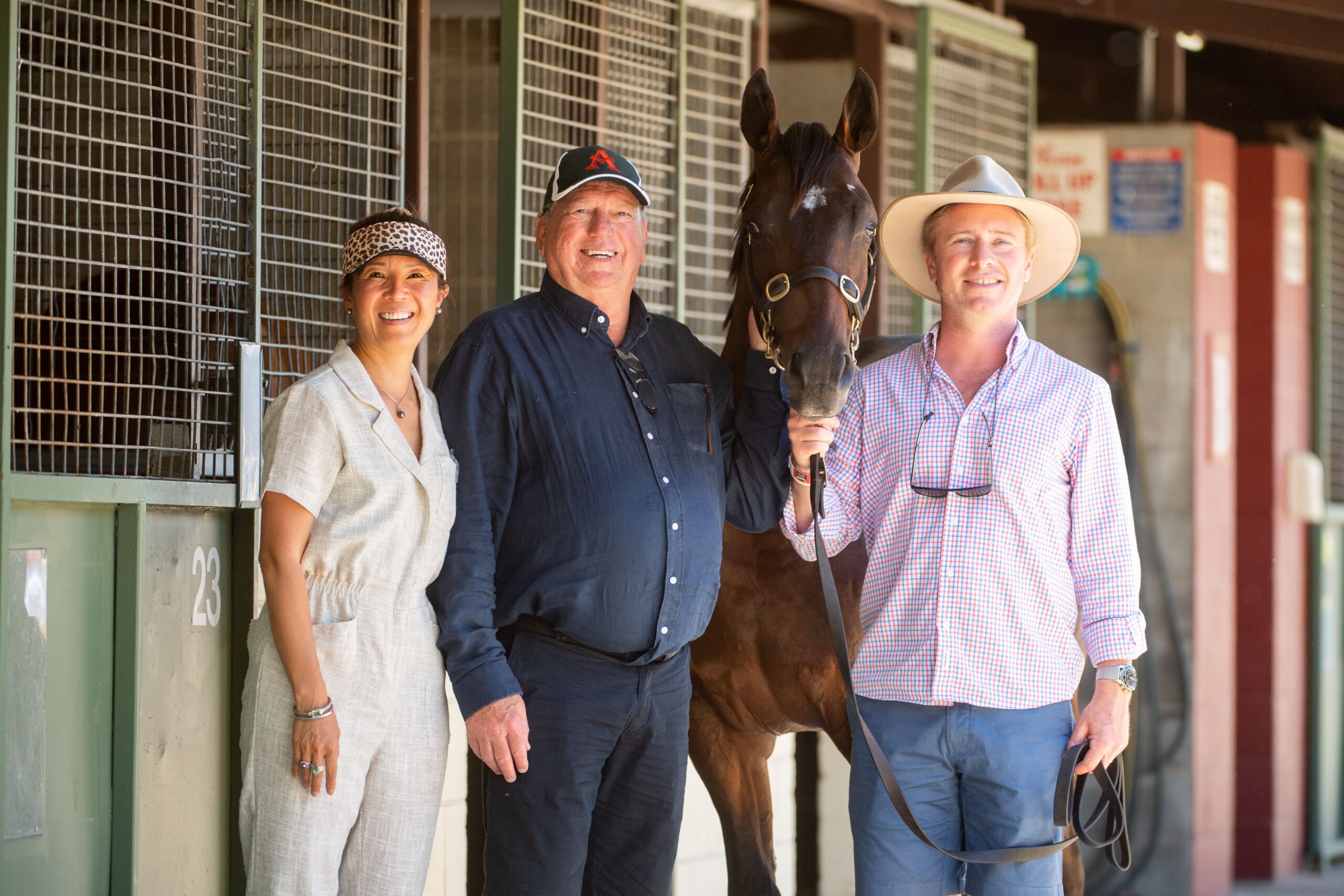 Walsh and his wife Annie bought Bumbasina (Ire) for 75,000gns (AUD 140,000) on the advice of Le Metayer at the 2018 Tattersalls July Sale and then sent her to Haras de Bonneval in Normandy where she was covered by Siyouni (Fr) to southern-hemisphere time.

Amelia’s Jewel was the result of that coupling and she’s currently spelling following a Group 1 triumph in the Northerly Stakes (1800m) at Ascot last month.  “She’s put on 44kg and will be back in training in a couple of weeks,” Walsh revealed.  “We’re very excited and she will stay in Perth for her next prep.”

Trainer Simon Miller will restrict Amelia’s Jewel’s autumn campaign to two starts with the main goal being the $4 million The Quokka (1200m) at Ascot on April 15.  She is the pre-post $4.20 favourite for Perth’s first slot-race ahead of Bella Nipotina ($6) and Marabi ($7).

“If The Quokka wasn’t around, we would have sent her east straightaway,” Walsh continued.  “But I’m a WA boy through and through and what they’re doing for WA racing has been fantastic with The Pinnacles and The Quokka.”

All going well, Amelia’s Jewel will eventually head to Sydney for a 4yo spring campaign targeting the $10 million Golden Eagle (1500m) at Rosehill on November 4.

Walsh sent Bumbasina back to France last year for a southern-hemisphere mating with Siyouni and she has been tested positive.  “She was empty so it was a great opportunity and the scans indicate she’s carrying a colt,” Walsh said.  “We were very lucky to get in.  Siyouni had a minor setback and his southern season was restricted to three mares.

“Bumbasina will stay up there this year and be covered again to southern-hemisphere time by Siyouni or Frankel.”

Rosemont Stud owner Mithen said the Blue Point colt will be trained by Annabel Neasham.  “We were very keen to buy him for the Victorian Alliance.  He’s a beautiful moving colt with the right attitude and pedigree.  And he’s a half-brother to a filly that might turn out to be the best in Australia!”

The Victorian Alliance is a Rosemont Stud initiative aimed at bringing the best stallion prospects to Victoria.  Its 2022 roster was headed by Group 1 winning racehorse and sire Shamus Award (Snitzel) who stands for an $88,000 service fee.