Winner of the Week – Crystal’s Dream 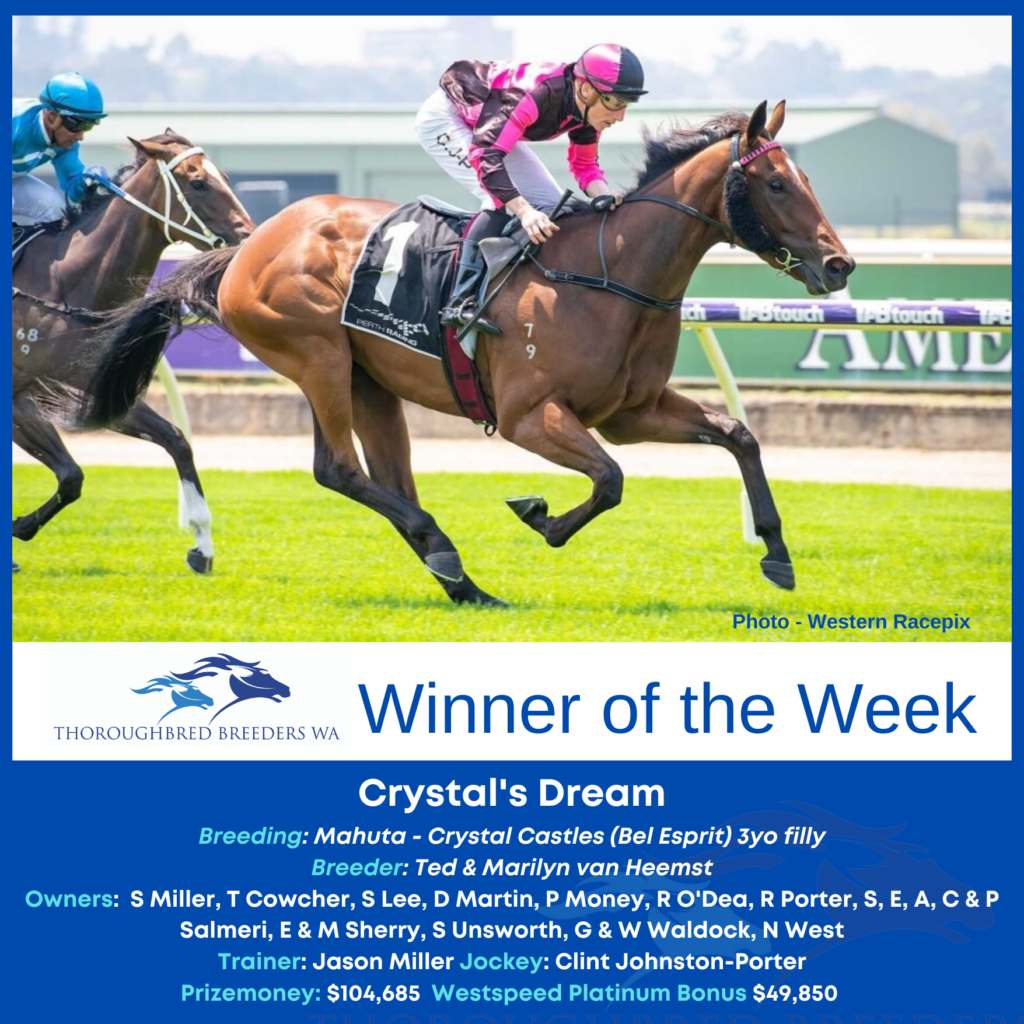 Crystal’s Dream started a long odds-on favourite and won like one in the Free Entry To Belmont Hcp (1650m) at Belmont last Wednesday.

The Jason Miller trained 3yo filly scored over 1400m at Pinjarra and Ascot last month and the hat-trick was never in doubt when she stretched out to a mile.  “There wasn’t much speed on so she rolled to the front in the small field,” Miller said.  “I didn’t really want her to lead but Clint (Johnston-Porter) rated it well and let her go through the gears from the 600m.

“She got a bit lost in the straight but stretched out and worked home well.  Her gallop was first-class on the weekend and she looks a nice filly in the making.

“We will let the dust settle before making any plans but she’s getting better with every race and could develop into a filly for the WA Oaks.”

Crystal’s Dream is raced by a large syndicate managed by Miller’s wife Sarah and she’s from the second crop of Lynward Park sire Mahuta (Flying Spur).  The best to date from his first is the Bullsbrook stud’s homebred mare Queen Alina (Westspeed Platinum Cup).

Her dam Crystal Castles (Bel Esprit) was a Bendigo maiden for trainer Patrick Payne in a career limited to four starts.  She was a $13,000 buy for Lynward Park’s Ted van Heemst at an Inglis Digital Sale in 2017 and her most recent foal is an unraced 2yo filly by Bondi (Snitzel).

“I took advantage of the slow pace and rode her like she was the best horse out there,” Johnston-Porter said.  “She flowed into the race and was always there for me.  She looked around being a bit new but was too tough and too good for them.”