It was also a timely win for Yarradale Stud ahead of the Perth Magic Millions next month.  The Gidgegannup nursery has entered a yearling half-sister to Ima Single Man (Lot 12) by Darley sire Blue Point (Ire) for the Swan Valley Sale.

Last Sunday’s win gave stable apprentice Angus Chung his first success in a Class Two race at Sha Tin.  The 10-pound claimer had ridden the WA-import for the first time in October when they went down a short-head to Fantastic Way (Swiss Ace). 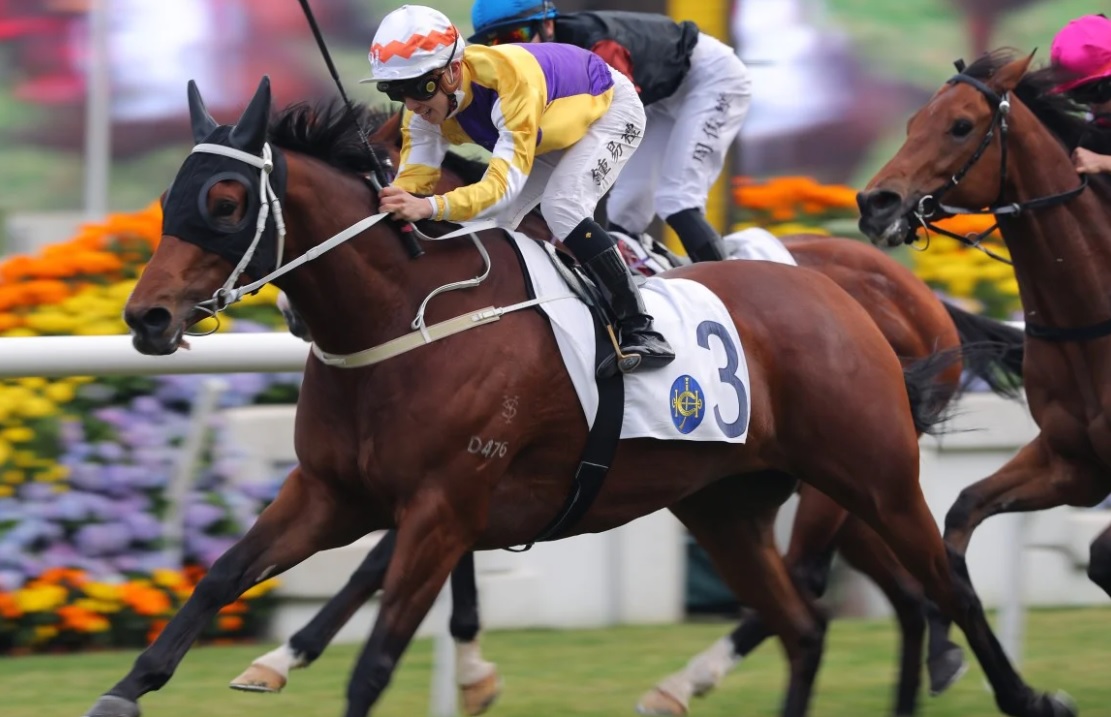 Ima Single Man (Photo / SCMP) has been the flagbearer for Yarradale sire Gingerbread Man since winning the G2 Karrakatta Plate (1200m) in April 2020.

He earned $323,000 in an unbeaten two-start Australian career for Yarradale owner Ron Sayers and trainer Chris Gangemi before transferring off-shore.

His Hong Kong stats improved to 4 wins and prizemoney the equivalent of AUD 1.81 million after overpowering Ka Ying Master (Snitzel) and Rock Ya Heart (I Am Invincible) in 68.84s for 1200m on turf.

Gingerbread Man (Shamardal) sired him from Single Spice (Not A Single Doubt) who won a LR Supremacy Stakes at Ascot in 2011.

She has been a wonderful producer for Yarradale – Ima Single Man was one of seven foals in a row before a season off 2019.  The Blue Point filly was next and a filly by Swettenham sire Toronado (Ire) followed last October.

Triumph turned to tragedy for the connections of Gingerbread Man mare Chili Is Hot an hour after the Hong Kong result.  The LR Belmont Oaks winner died after a fall in the G2 Perth Cup at Ascot.

Gingerbread Man’s consignment to the Perth Magic Millions received another update at Pinjarra on Thursday when his 3yo gelding Berbere won the Stable Affairs Maiden (1000m).  Racing on debut for trainers Grant & Alana Williams, he was strong through the line clocking 57.42s down the straight.