Serenity on quest for The Quokka

Trainer Simon Miller mentioned the $4million The Quokka as a possible long-term goal for How’s the Serenity following the mare’s explosive victory in the LR Miss Andretti Stakes (1100m) at Ascot.

The Scenic Lodge graduate (Photo / Western Racepix) blasted her rivals and boosted her residual value on Saturday for a syndicate managed by Digby Beacham.  It was her second black-type win this month following the LR Summer Scorcher (1000m) on New Year’s Day. 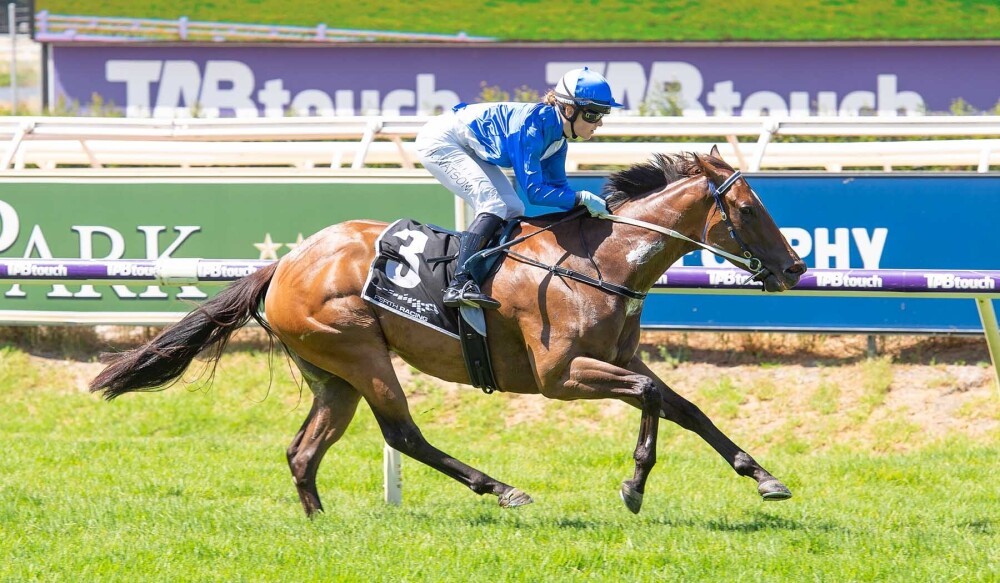 She jumped a length clear and then dropped a potent field when Holly Watson pushed the button at the top of the straight.

Despite being eased down, she clocked 63.53s which is less than a second outside the track-record set in 2009.

“It’s amazing how quickly she gets out of the gates,” Miller said after the front-running victory.  “She’s in the zone now and I put that down to spelling her at the right time last year.  If you don’t bottom them out, especially fillies and mares, they usually come back much better and stronger.

“These short sprints aren’t her forte.  We will stretch her out to 1200m and, you never know, maybe look at a spot in The Quokka.”

The inaugural $4million The Quokka (1200m), the richest race on the WA calendar, will be run at Ascot on Saturday, April 15.  It’s also the first slot-race in the State and it will cost slot-holders $200,000 to be included in one of the 14 spots available.

“How much will she be worth with the money they’re paying for broodmares?” Miller pondered.  “She’s a dual Stakes winner by Magnus, out of a Staked-placed mare who is a half-sister to a Stakes winner.”

Scenic Lodge sold her on behalf of former Touchstone Farm director Glenn Martin and the Muchea farm has another 33 yearlings entered for the 2023 Perth Magic Millions.  Among them are the Magnus filly from Kim Classic (Lot 118) and the Magnus colt out of Miss Encounter (Lot 137).

“The Kim Classic filly is a dead ringer for How’s The Serenity,” Scenic Lodge general manager Jeremy Smith said this week.  “She’s not overly tall but is a ball of muscle and looks a fast, early runner.

“The Miss Encounter is an awesome colt.  Strong, mature and he’s from one of Bob Peters’ best families of Miss Margaret, Celebrity Queen, Celebrity Miss and Stageman.”

Scenic Lodge sires – past and present – scored a running double with 3yo maiden winners Vonsnip (Snippetson) and Selby Park (Dash for Cash) at Pinjarra last Thursday.  They followed Ruler Rocket (Universal Ruler) who had won a 3yo maiden at Pinjarra on New Year’s Eve.

Ruler Rocket is trained by Bruce Watkins and didn’t waver when runner-up to Simon Miller’s filly Valsassina (Choisir) on Saturday.  “He’s going to go a fair way,” Watkins predicted recently.  “He’s a nervous type and has dropped me at home but he’s actually a really nice horse.”