Western Australian breeders looked back on one of their best-ever yearling sales when the curtain closed on the record-breaking Gold Coast Magic Millions on Monday.

Amelia Park headlined the Westspeed-breed with a Blue Point (Ire) half-brother to Amelia’s Jewel (Lot 690) that sold to the Victorian-based Rosemont Alliance for $900,000 on Friday.  He was sold through Segenhoe Stud consignment as was Amelia Park’s Exceed And Excel filly (Lot 326) that was knocked down for $700,000 on Wednesday.

Amelia Park’s Peter Walsh was thrilled with the price that Brisbane trainer Tony Gollan paid for the Exceed And Excel filly from his class mare Samovare (Savabeel).  “We were hoping, without getting too greedy, for $600,000 tops so we’re absolutely rapt with that result.  I hope she’s a really good filly for the new owners and I would like to keep a leg in her.”

Walsh bred her with Perth barrister Brian Bradley and she will race for a partnership headed by Black Soil Bloodstock’s Brian Siemsen who has Latakia (Deep Field) priced at $11 for the postponed RL Magic Millions 3YO Guineas (1425m) at the Gold Coast on Thursday.

“We sent Samovare back to Snitzel this season.  Her dam Sambar won at Randwick for Gai Waterhouse and we took her home to breed and hopefully upgrade the pedigree.”

Gollan described her Exceed And Excel filly as a strong, mature type who appeared to have the physique capable of racing in the RL Magic Millions 2YO Classic in twelve months.  “We were right at the edge at $700,000,” he confessed.  “The market is very strong for these sorts of fillies and you’ve got to spend a bit of money on them.

Ciaron Maher and David Eustace train Samovare’s first foal who is an unraced 2yo filly named Sanzione (Russian Revolution).  Walsh and Bradley kept a share after she was purchased for $320,000 by bloodstock agent Mark Pilkington for Seymour Bloodstock at last year’s Perth Magic Millions. 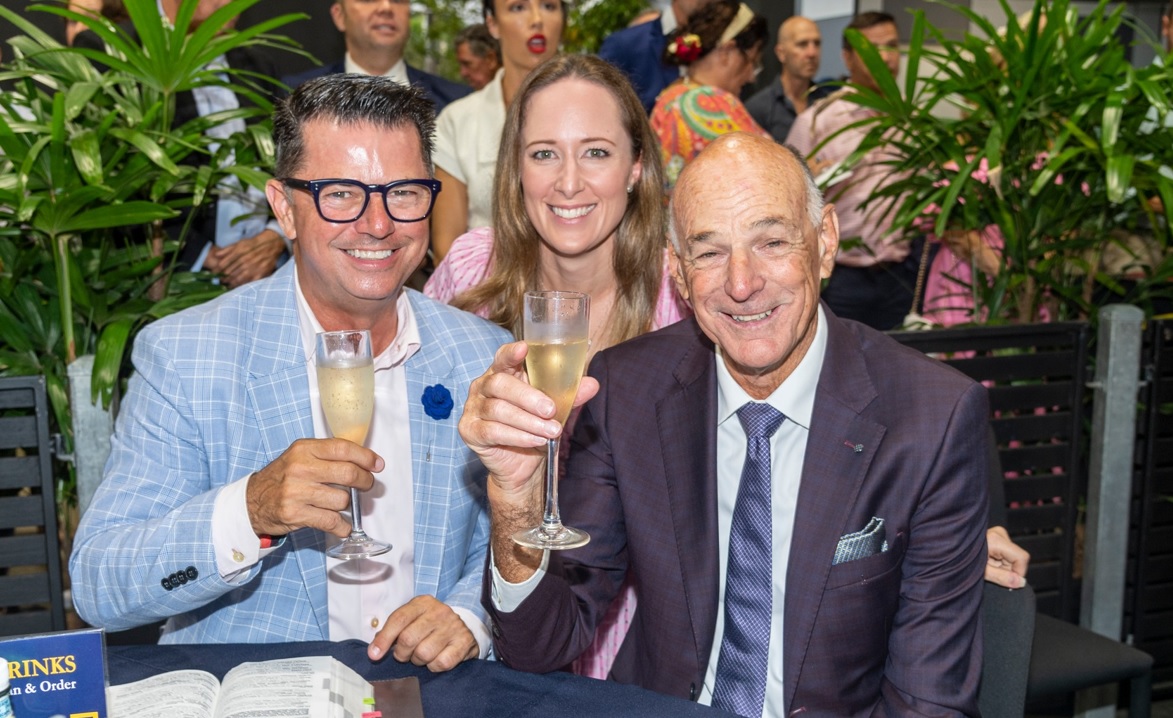 Dawson Stud’s Graham Daws was next-best on the Gold Coast with an Exceed and Excel – Allez Bien filly (Lot 594) that was sold (as agent) by Newhaven Park for $525,000.  Purchased by NZ-based Bruce Perry Bloodstock, she is a half-sister to Miss Drakova (Capitalist) who won at Ascot in October before a Listed third in the Burgess Queen Stakes (1400m).

“We outsource all our bloodstock work to Damon,” Willis said while adding she will be trained by Bjorn Baker.  “He does a fantastic job and is very reputable.  He starts as soon as the catalogue is published going to all the yearling inspections before tailoring it down to 20 or so yearlings.”

Darling View’s Dundeel colt (Lot 830) will head back west after being targeted by Pearce Racing for $150,000.  Also offered (as agent) by Attunga Stud, she is out of the Pearce Racing-trained mare Enchanted Dream (Patronize).

“This powerful Dundeel colt is from one of our own,” Pearce Racing noted.  “He hails from a proven bloodline and his dam Enchanted Dream brought up a winning hat-trick for us in the 2017 Magic Millions 3YO Trophy.”